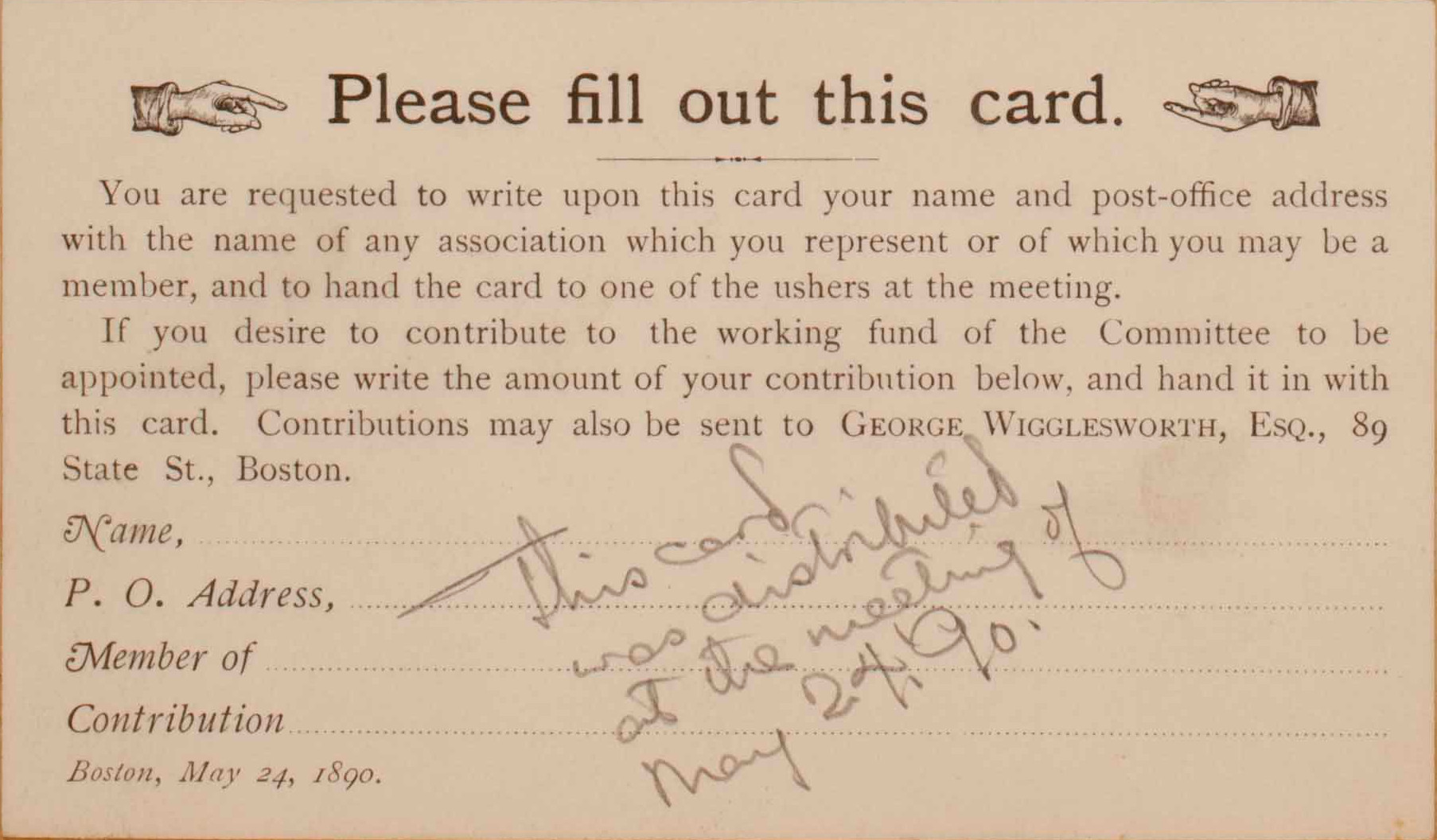 Charles Eliot (1859-1897) was an American landscape architect and the founder of The Trustees of (Public) Reservations. This information card from 1890 was used by Eliot to solicit interest and contributions for the creation of a committee that would, just one year later, become The Trustees of Public Reservations.

The card was found in an extensive scrapbook that Eliot himself maintained. The 156-page bound volume contains some of the only extant documents relating to the early organization of The Trustees and includes both relevant newspaper clippings as well as Eliot’s own handwritten notations. The scrapbook provides insight into Eliot’s passion and interests as an early leader in the international land conservation movement.

Eliot inscribed the scrapbook’s first page in his own hand, entitling it: “Newspaper Scraps Concerning Trustees of Public Reservations and Metropolitan Parks Commission.” Inside, he gathered published articles about land preservation efforts both in the U.S. and abroad. The scrapbook also contains brochures and reports, as well as articles about the initial The Trustees meetings at MIT.

In 2016, the delicate scrapbook was professionally conserved by the Archives and Research Center. High resolution digital copies of each page were created and the scrapbook itself was preserved to the museum quality standards.