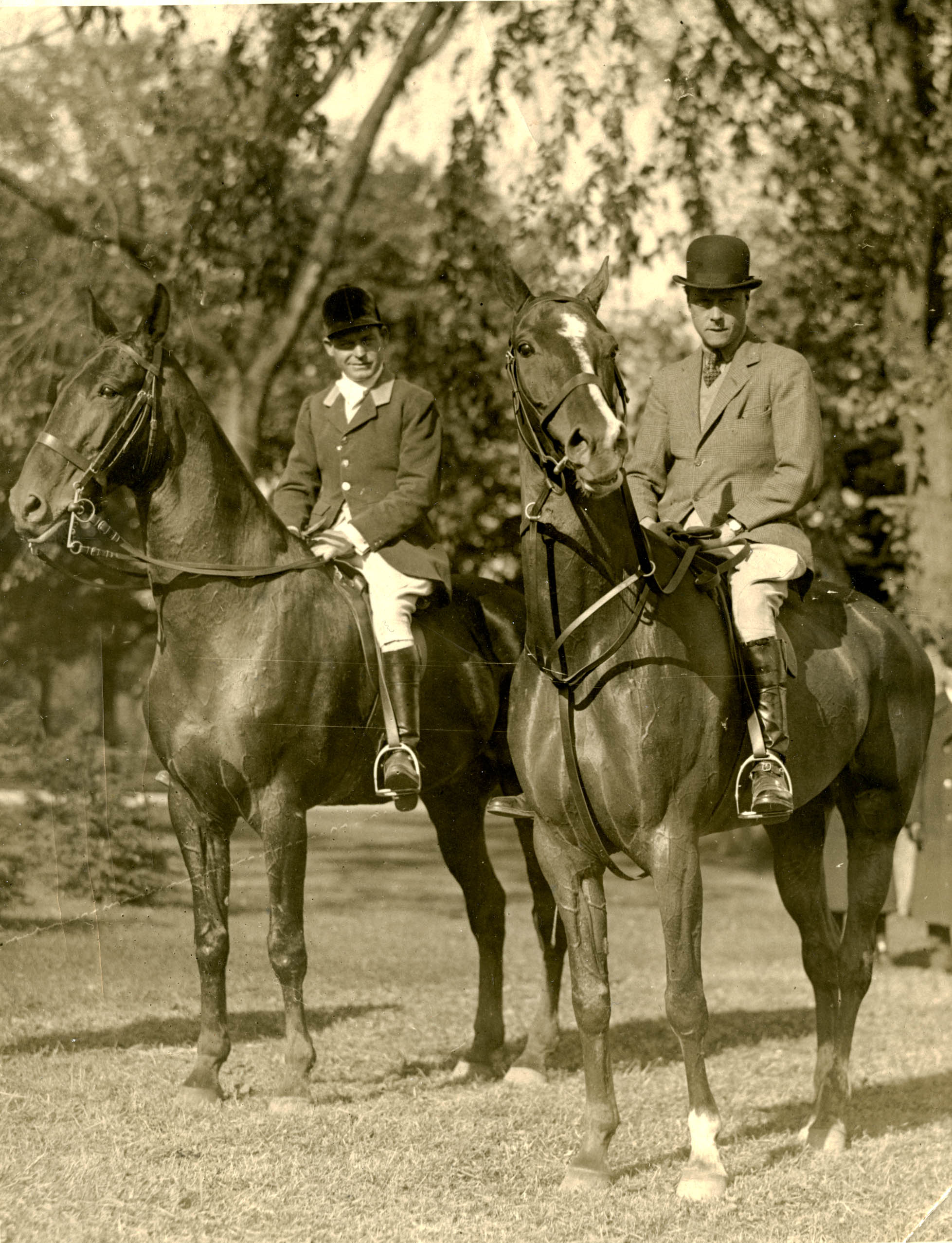 In this photograph from the Appleton Collection, His Royal Highness, Edward Duke of Windsor (1894-1972) poses on horseback with James W. Appleton (1867-1942) during a royal visit to Appleton Farms in 1923. (You may remember Prince Edward as the king who abdicated his throne in order to marry the American divorcee Wallis Simpson -— his visit to the Appleton Farm in Ipswich occurred eight years before he met Mrs. Simpson.)

An avid horseman, the then Duke was described in the American press as a “tireless dancer, idol of bachelors, and the dream of spinsters.” But he came to Appleton Farms to ride. The Appletons were interested in breeding the best animals. Appleton horses, known as “hunters” and originally imported from Ireland, participated at fox hunts at the nearby Myopia Hunt Club. Over the years, the Appletons also bred award-winning fox terriers, sheep, cattle, goats and Muscovy ducks. Today, Appleton cattle continue to supply the Farm’s own store with milk, cheese and beef.