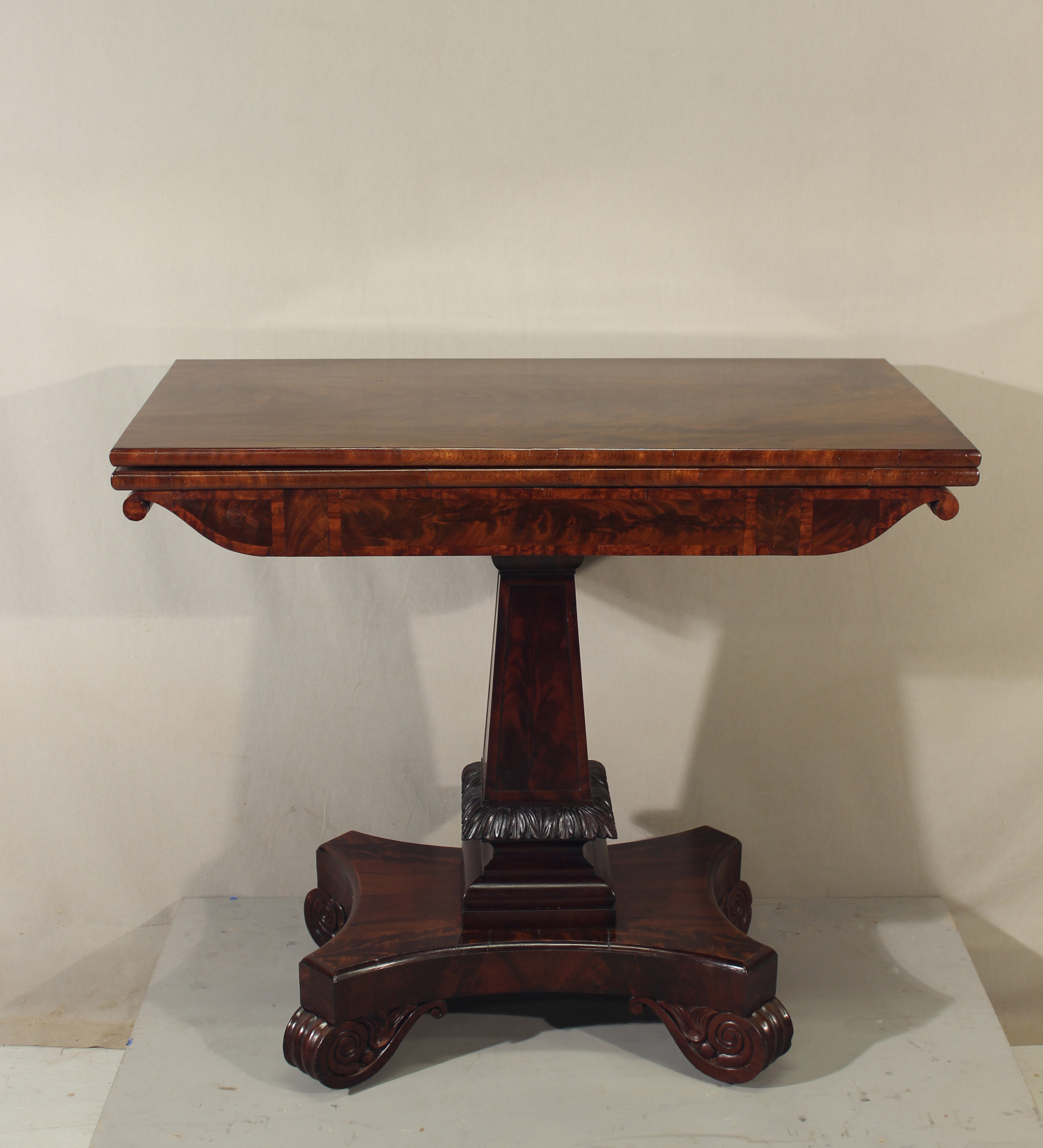 This diamond-in-the-rough Grecian card table was covered in 200 years of grime and dust, sitting inconspicuously and anonymously in The Old Manse’s small parlor for many generations. While previously thought to be a Boston piece by an unknown artisan, consultation with furniture specialist Robert Mussey has led Trustees to now attribute the table to leading Boston cabinetmaker Thomas Seymour. Further inspection by colleagues from Winterthur Museum helped confirm its attribution and document construction details. Inscribed in pencil underneath the table is the name “Boott” which we believe refers to Kirk Boott Jr., a member of a family of wealthy merchants. Boott was involved in the textile manufacturing industry in Lowell and Waltham. Upon marrying Anna Haden, the couple settled in Boston in 1818, right about the time they likely acquired this table, and adding to the Seymour pieces they already owned. How the table ended up at The Old Manse, however, remains a mystery.

The Old Manse (1770) in Concord, a National Historic Landmark, was the home of the Reverend William Emerson a patriot minister who died as a chaplain in the Revolutionary War. A handsome Georgian clapboard building, The Old Manse sits near the banks of the Concord River among rolling fields edged by centuries-old stone walls and graced by an orchard.

The house became the center of Concord’s political, literary, and social revolutions over the course of the next century. In the mid-19th-century, leading Transcendentalists such as Bronson Alcott, Henry David Thoreau, and Margaret Fuller discussed the issues of the day here, with the Hawthorne, Emerson and Ripley families.