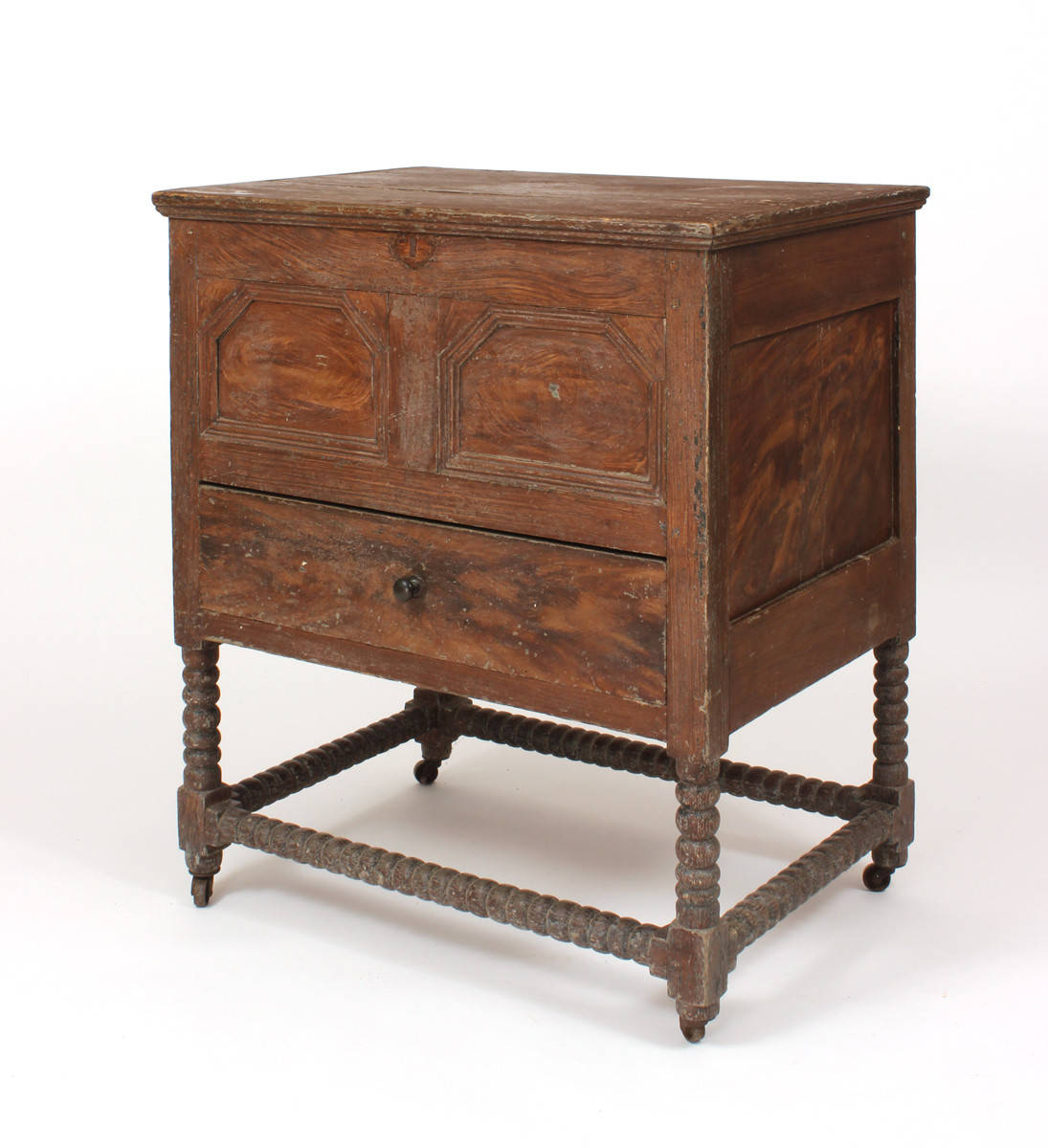 This pine-and-oak chest-on-frame is among the earliest pieces of American furniture in The Trustees collection, and rare to be among surviving pieces of the Pilgrim era. The paneled top opens to provide storage and ball-turned legs and stretchers provide a decorative element to the structure. Although the exterior grain painting is believed to be a 19th century addition, this unique piece seems to have a timeless New England design. It was purchased by Mr. and Mrs. Robert Gray Dodge for the Paine House – the 1694 guest house on their Greenwood Farm property in Ipswich. Robert Dodge was a founding partner of the Palmer & Dodge law firm in Boston.

The Paine House (1694) in Ipswich sits on its original 216-acre saltwater farm now known as Greenwood Farm. Robert Paine, the original owner, was a judge during the Salem witch trials. The house is almost fully original including an interior, subterranean dairy that was used during the mid-to-late 18th Century. Generations of the Paine-Smith-Greenwood family retained the property, until 1916, when Robert Gray Dodge purchased the site. He retained the Paine House as a guest cottage, keeping its historic interior. Today, the Paine House collections represent domestic furnishings and decorative arts from the 17th – 19th centuries. Besides the pilgrim chest, highlights include three mid to late 18th century chests, other household furnishings and two early 19th century portraits. In addition, there are more than 4,000 archaeological shards from the dairy excavation in 1996. Rich archival materials and photographs chronicle the history of the property as a working saltwater farm and a gentleman’s estate.