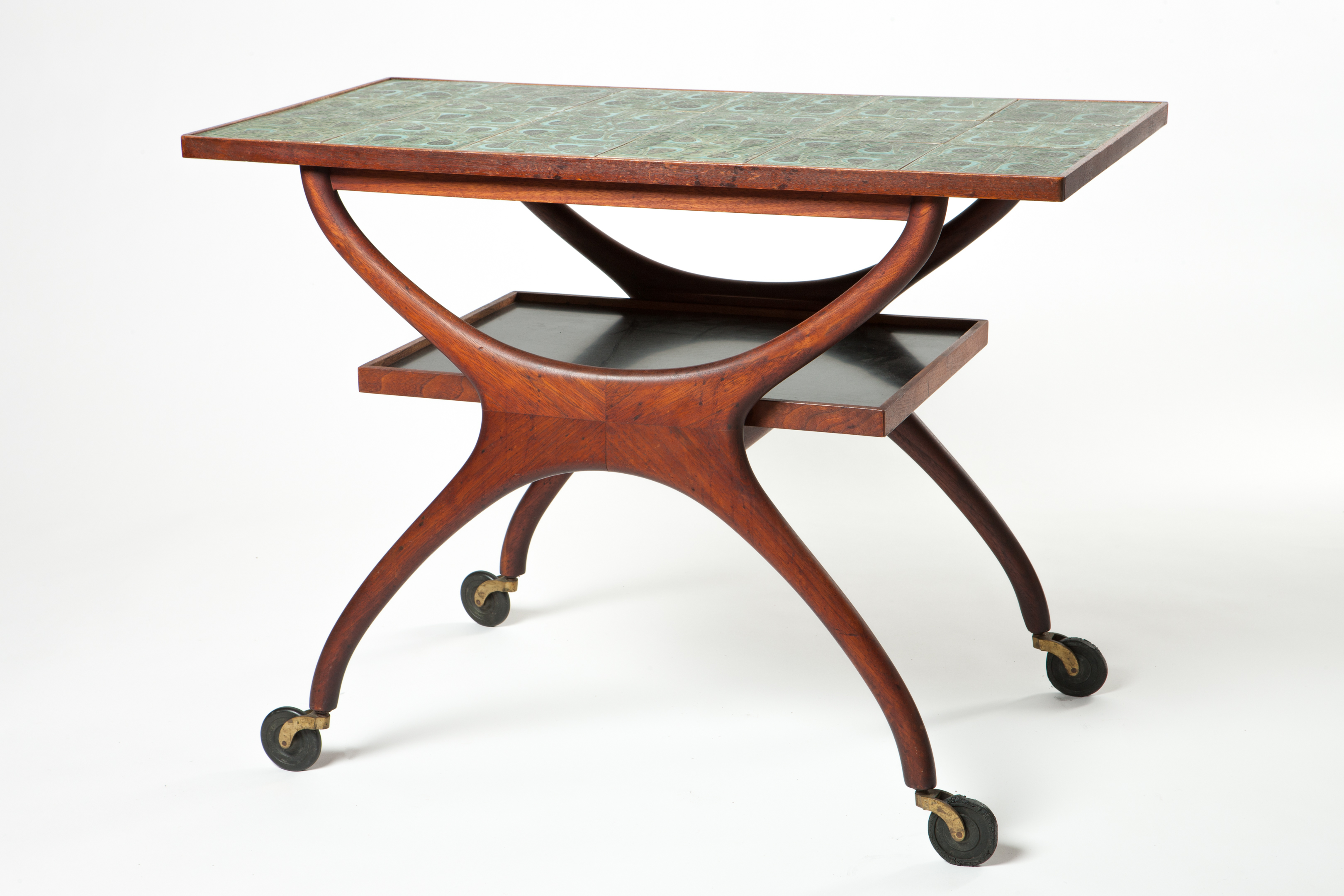 Field Farm is the mid-20th-century modernist home created by Eleanor and Laurence Bloedel. Their gift of the property to The Trustees in 1985 included all the original furniture with pieces by Jens Risom, Finn Juhl, and Niels Vooder, and this tea cart by the celebrated designer Vladimir Kagan. The tea cart here has fluid lines and a stylish spirit, all while maintaining its functionality. Set among the purple mountains with an adjacent modernist building called “The Folly” and a landscape designed to highlight an outdoor art collection and breathtaking vistas, this property creates a balance of nature and modernism at its best.

Field Farm (1948-1966) in Williamstown encompasses over 300 acres of fields, forest, gardens, and pond. Farmed since 1750, this property is now noted for its mid-century Modern architecture and art collection. In 1948, Lawrence Bloedel hired architect Edwin Goodell to design an International Style house. The house and grounds are filled with pieces from the Bloedel’s collection of contemporary mid-century American art, some owned by The Trustees and some on loan from Williams College, including one sculpture by Herbert Ferber. The Bloedel’s guesthouse, known as The Folly, designed by Ulrich Franzen and completed in 1966, is a remarkable example of domestic architecture. Dubbed “Contemporary Shingle Style” by the architect, The Folly’s curved walls echo the curves in the landscape. Its interior reflects the most influential thinking in interior design of the period. Sitting rooms, kitchen and three bedrooms are outfitted with shag carpeting, formica counters, and the sleek international styling of the 1960s.