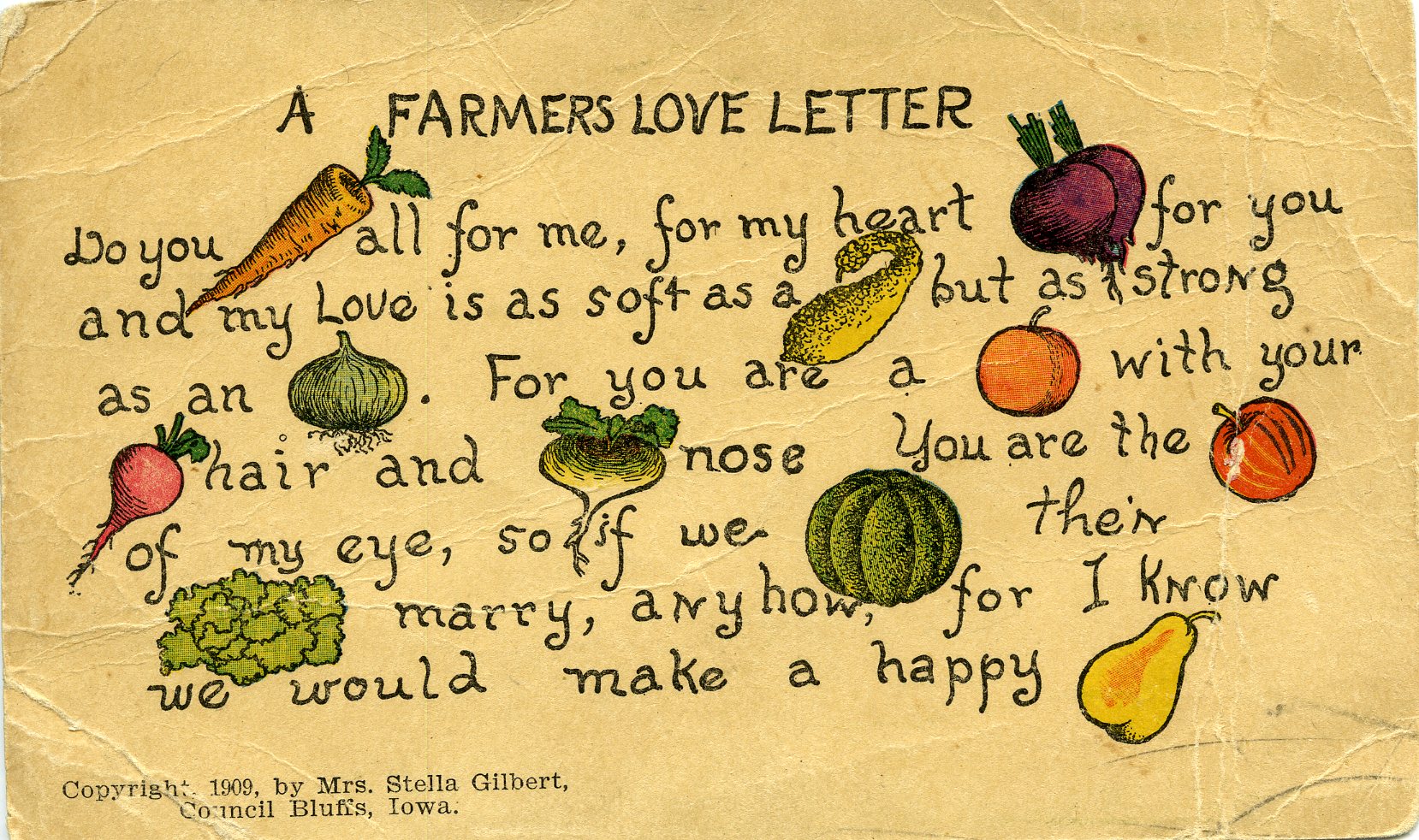 This charming postcard highlights the playful side of The Trustees historical and manuscript collections. Part of a larger cache of postcards within the D. James Cormier collection, “A Farmer’s Love Letter,” is a rebus — a visual puzzle where some words are represented by pictures.

The D. James Cormier Papers focus on the life and family of D. James Cormier. Cormier grew up on the Uxbridge property as a child and upon his retirement, returned to live full time at his boyhood home. Cormier’s personal papers, which span the years 1909-2004, chart a century of his family’s life. Highlights of the collection include not only his card collection from which this postcard is drawn, but also materials related to Cormier’s training and service in the Air Force, as well as Polish language materials from the early 20th century, illuminating his grandfather’s and mother’s Eastern European heritage.

The property itself includes an 18th century farmhouse and a historic classic New England red barn. Cormier not only worked to preserve these historic buildings but also expanded the acreage to encompass nearby open space before ultimately donating the land to The Trustees. Today, as an intact 18th century landscape, Cormier Woods stands as testament to D. James Cormier’s longstanding sense of stewardship.