The Stevens-Coolidge Place Collection, The Trustees 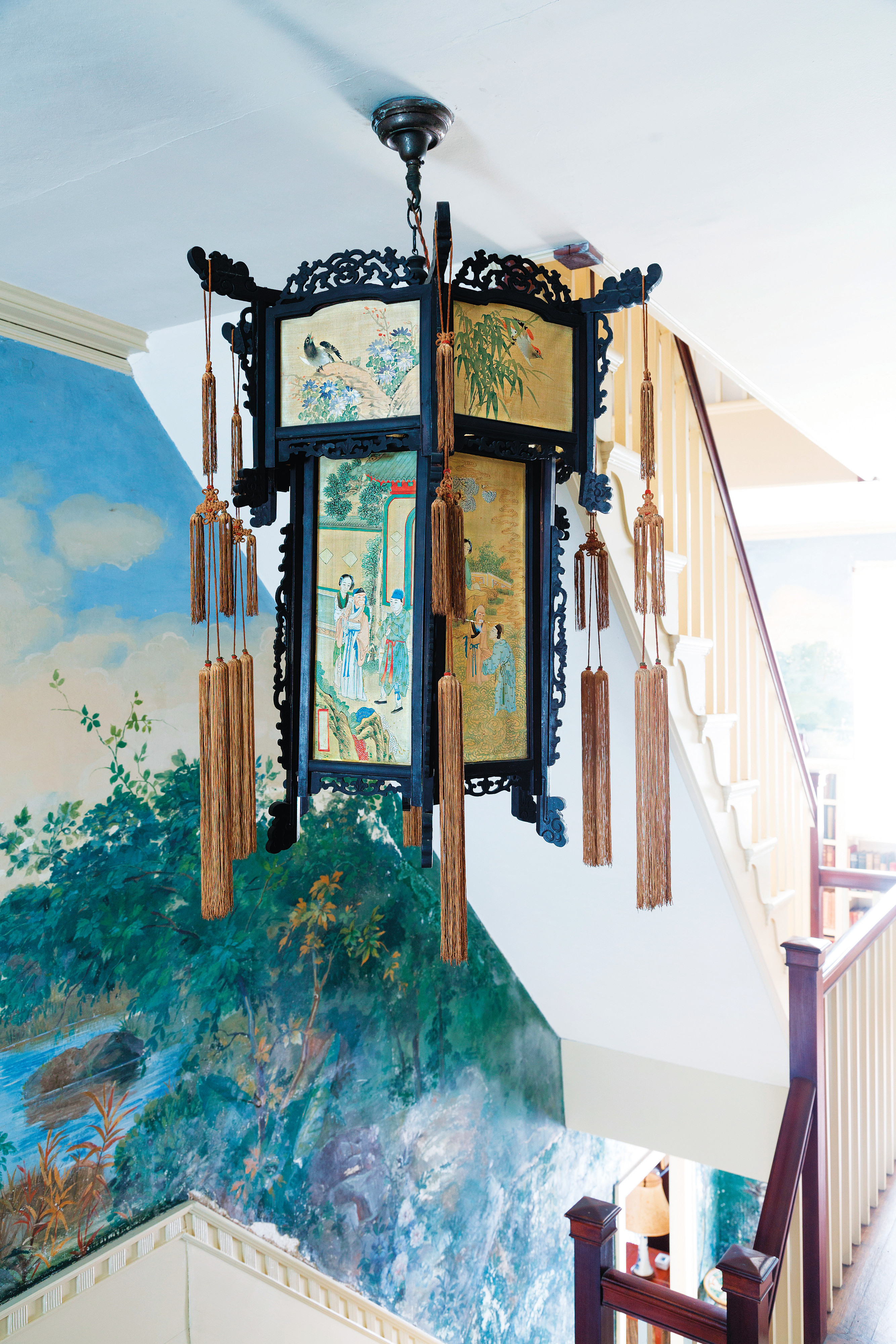 John Gardner Coolidge played an important role in American diplomatic relations, becoming the first Secretary of the Legation at Peking from 1902-1906. This colorful and elegant lantern covered with hand-painted silk panels hung in the dining room of his home in China. Today this lantern graces the hallway of the North Andover country-place home he enjoyed with his wife, Helen Stevens Coolidge. The home, now known as The Stevens-Coolidge Place, showcases the personal collection of the Coolidges and their life of travel as well as their connections to their New England roots. In addition, our archives hold an outstanding collection of photographs from their travels.

The Stevens-Coolidge Place (1729) in North Andover was a working farm, and was home to seven generations of the Stevens family, who were among the first settlers of Andover in 1642. In the 1800s, it became a gentleman’s farm and later the summer home of John Gardner Coolidge and Helen Stevens Coolidge. Coolidge, who descended from several of Boston’s great families, studied landscape architecture after Harvard, working for Frederick Law Olmsted in 1883, and later became a diplomat. He was stationed at various posts around the world, including: Pretoria (1900), Peking (1902-1906), Mexico City (1907-1908), Managua, Nicaragua (1908) and in Paris during World War I.

In 1914, the couple hired the preservation architect Joseph Everett Chandler to redesign the Stevens’s ancestral home into a Colonial Revival summer estate. Chandler is well known for his work on such buildings as the Old State House and the Paul Revere House in Boston, and the Mayflower House in Plymouth.