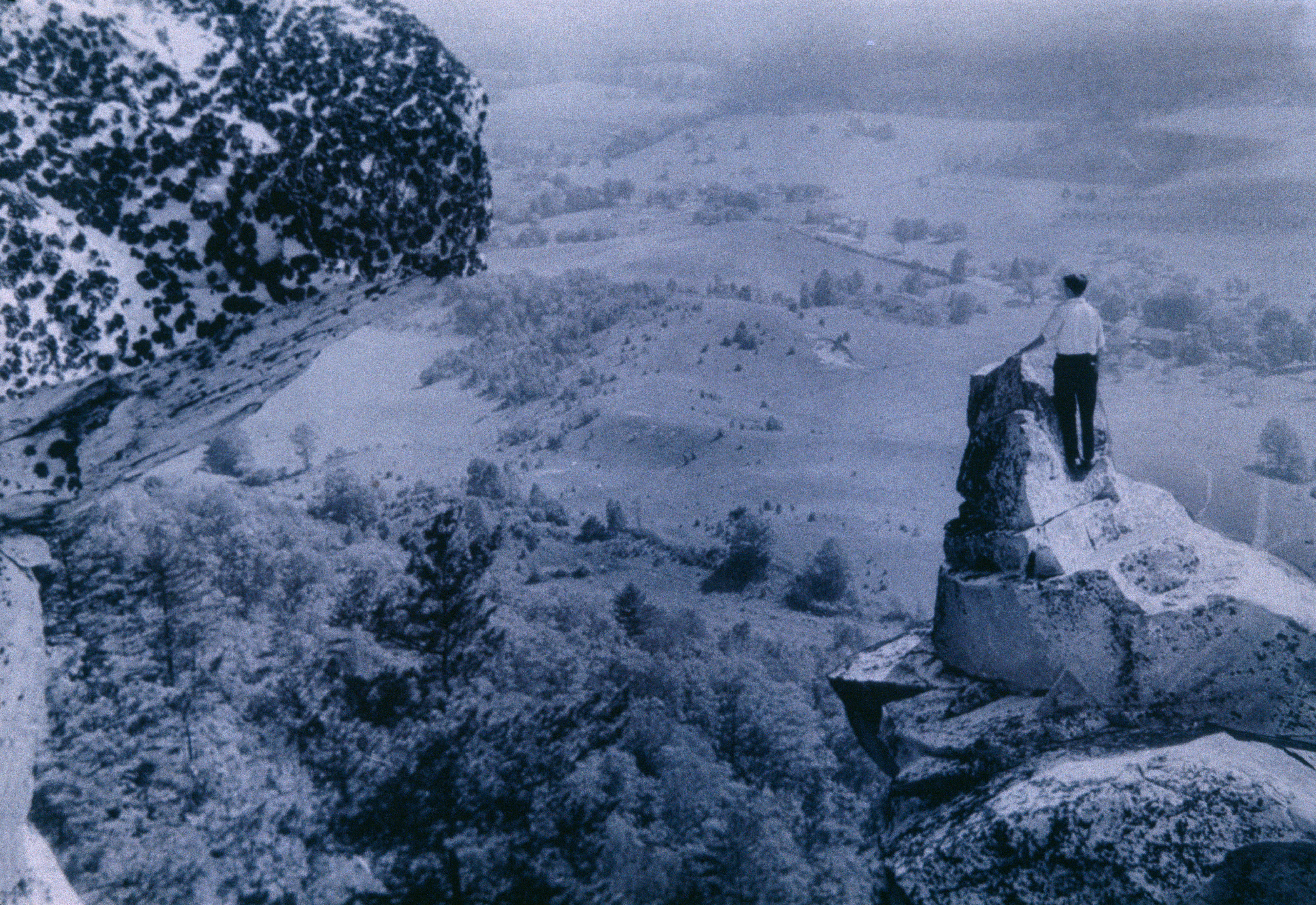 William Cullen Bryant, Nathaniel Hawthorne, and Herman Melville all hiked Monument Mountain in the 19th Century, and inspired by its slopes, composed works of poetry and fiction in tribute. Clearcutting in the 19th century changed the landscape at Monument Mountain, as woodlands were harvested to supply fuel for 19th-century factories in the Housatonic River Valley. Monument Mountain was acquired by The Trustees in 1899.

In this photograph by Arthur Palme (1884-1949), a hiker takes in the spectacular views of the Valley as his literary predecessors once did. Arthur Palme was an electrical engineer who emigrated from Austria to America, eventually finding employment at General Electric in Pittsfield, MA. An amateur landscape photographer, he had a keen eye for the breathtaking landscapes and vistas of western Massachusetts. Palme also published numerous articles, as well as a book, about the technical aspects of photography and was elected a member of the Royal Photographic Society of Great Britain in 1948. His vision and skill is evidenced in this landscape portrait from Monument Mountain.