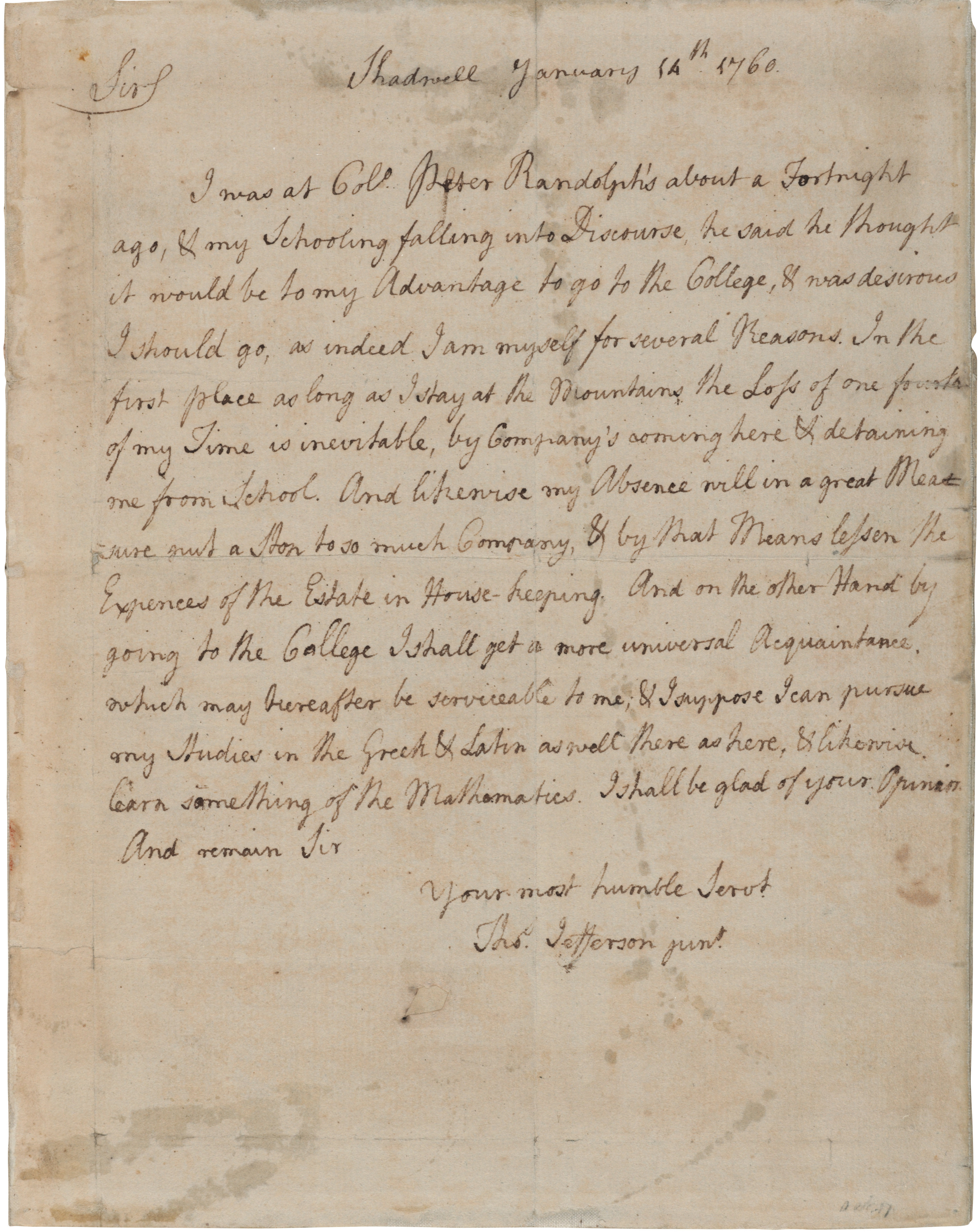 Collecting famous autographs was a fashionable hobby among the well-to-do around the turn of the 20th century, made even more popular by the 1876 Centennial. Patriotic Americana was all the rage, and the Appleton Family Papers include a great example: 50 prints of historic scenes of America and the presidents. The bound volume of letters contains writings from every American president, from George Washington up to Theodore Roosevelt. Some of these items were purchased, while others were personally requested by the Appleton family.

Perhaps the most important item in this volume is the earliest known surviving document written by Thomas Jefferson (1743-1826). Jefferson aficionados thought this boyhood letter was lost more than a century ago, however the correspondence – written in 1760 when Jefferson was just 16 – has been safely with The Trustees and was “rediscovered” in 2015.  In the letter, Jefferson tries to persuade his guardian to let him pursue his education further, arguing that “…by going to the College I shall get a more universal Acquaintance, which may hereafter be serviceable to me.”