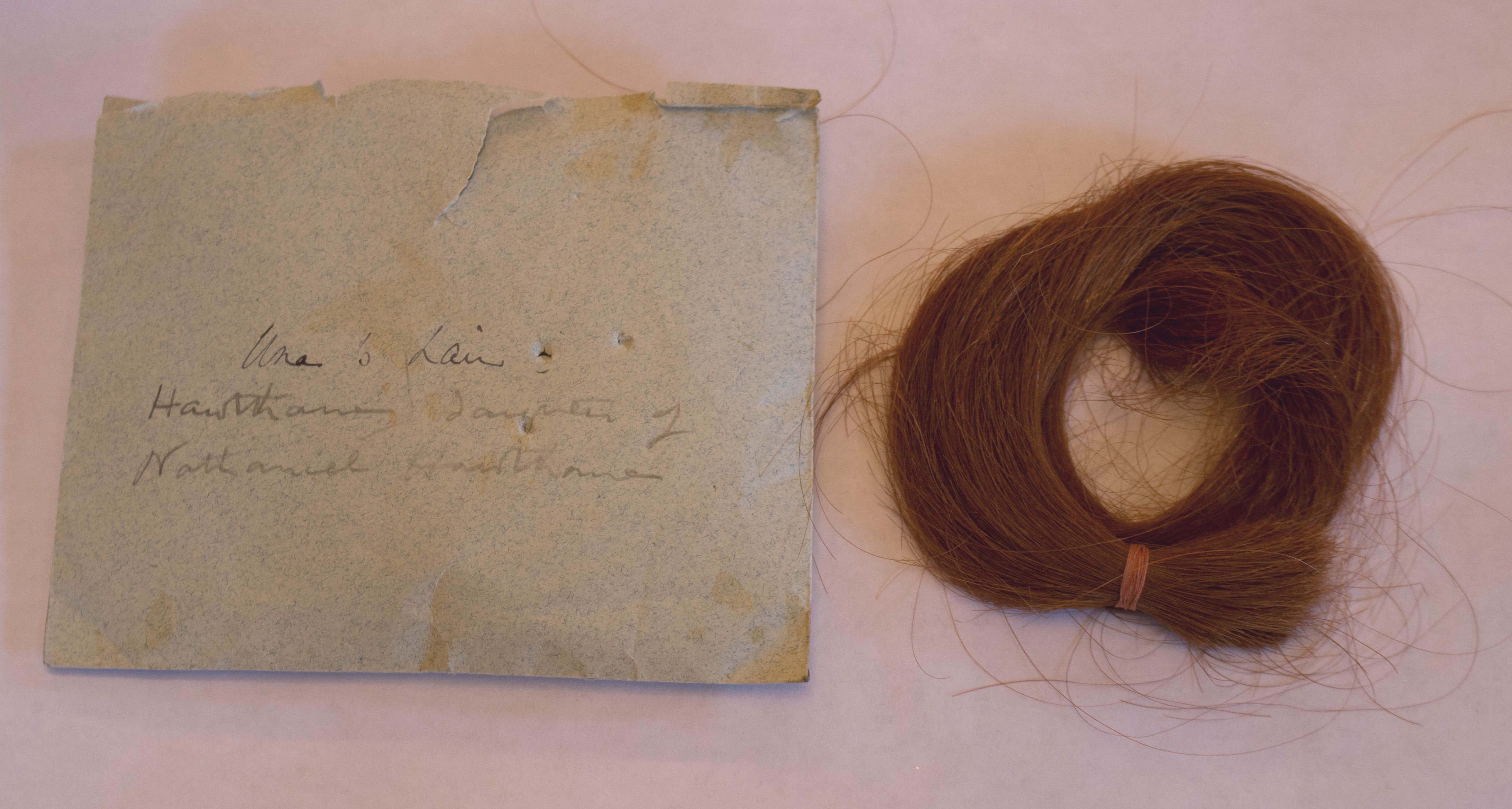 Remembrances of loved ones in the 19th Century were a common practice. Victorians loved their hair jewelry. It is no surprise, then, that a locket of Una’s hair was preserved by the family. Una is mentioned in the diamond-ring etchings found on the Old Manse windows. The Hawthorne’s had 3 children and Una was born at the Old Manse (1844-1877). Around 1860, Una contracted malaria, presumably when in Italy. Never fully regained strength and had a difficult next decade. Ultimately she entered a convent where she died in 1877.

The Old Manse (1770) in Concord, a National Historic Landmark, was the home of the Reverend William Emerson a patriot minister who died in the Revolutionary War. A handsome Georgian clapboard building, The Old Manse sits near the banks of the Concord River among rolling fields edged by centuries-old stone walls and graced by an orchard.

The house became the center of Concord’s political, literary, and social revolutions over the course of the next century. In the mid-19th-century, leading Transcendentalists such as Bronson Alcott, Henry David Thoreau, and Margaret Fuller discussed the issues of the day here, with the Hawthorne and Ripley families.

Ralph Waldo Emerson and Nathaniel Hawthorne both called the Manse home for a time – Emerson, first drafted his essay “Nature” here, and during his stay, Hawthorne wrote Mosses from An Old Manse.
The Trustees purchased the property in 1939.