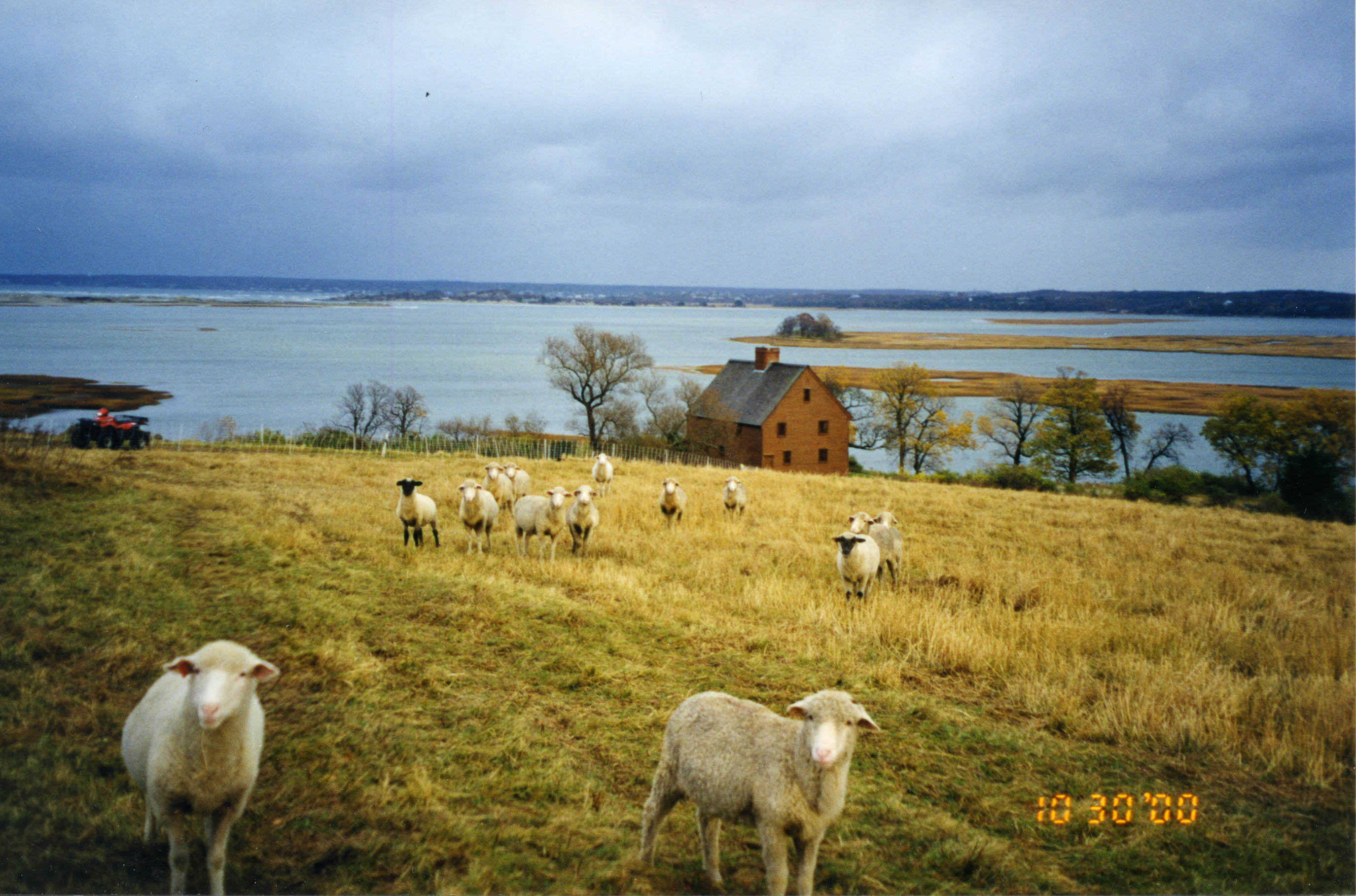 Choate Island (formerly Hog Island) is part of Crane Wildlife Refuge. In 2000, sheep were brought to the island as part of a “Rent-a-Sheep” program run by Dick Henry, a third party vendor who leased his flock of sheep to The Trustees to control vegetation. On Choate Island, these “green lawnmowers” feasted on invasive bittersweet and poison ivy.

However, this was not the first time that farm animals had roamed Choate Island. In the 17th Century, the island hosted a herd of swine, a Colonial-era farming strategy that kept hungry and destructive pigs a safe distance away from mainland gardens and crops.

In 1928, Richard T. Crane, Jr., who then owned the island as part of his Castle Hill estate, deeded it to his son Cornelius. Cornelius raised sheep on the island, building a cape-style “White Cottage” to house a sheepherder on the first floor, while Cornelius had a second floor apartment. Upon his death in 1962, Cornelius was buried on the hill on Choate Island. His wife Mine was buried alongside him in 1991.

Today, the 135-acre island supports a population of deer, fisher, coyote and otter. A spruce forest, planted by Cornelius in the 1930s attracts golden crown kinglets and bobolinks, and Savannah sparrows. Shorebirds, such as gulls, sanderlings and sandpipers feed along the island’s shore. The Crane Wildlife Refuge is one of four wildlife refuges protected by The Trustees.